The following morning we went for a walk in true bush country, although didn't really see very much of interest.

On our return we rested up until lunch, being visited by an ellie walking along in front of the tent.  Then after lunch we met Nicola, another elephant, with only one tusk, a regular in the camp.

We then went out on a game drive, seeing lions resting (

), and watched over by a vulture (

). The car then stalled and wouldn’t start and we thought we were going to have to wait for another car as we were right by the lions (

) and couldn’t get out. However the driver eventually managed to get it going again.

When we got back to the camp in late afternoon we found that another group of people, who had been out on a full day drive (which we had turned down) had seen leopard, lion and wild dogs.

Just as we were finishing dinner an elephant known as Rafiki (which means 'friend', and hence he was obviously well known to the camp staff) paid us a visit right in the middle of camp. And then just as we were about to go to bed another ellie turned up at the back of our tent, and the Maasai had to scare him off.

The Maasai couldn’t be faulted in their behaviour, although it was evident that many of them were in an early stage of their training. The same could not be said of the Italian camp hosts, who, for example, brusquely turned down a request for extra pillows from one member of the party.

However their sort of co-host, Richard, could not have been more helpful, and on more than one occasion accompanied guests on game drives and so on, where he displayed a remarkable depth of knowledge and willingness to enhance our experience.

Thus, for example, during our morning walk when we came across an elephant skull, displaying its teeth, Richard very gently corrected the Maasai guide's (incorrect) explanation as to how several sets of these grow during the elephant's life. 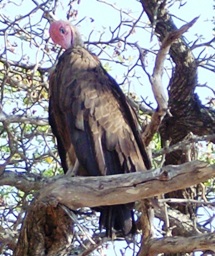